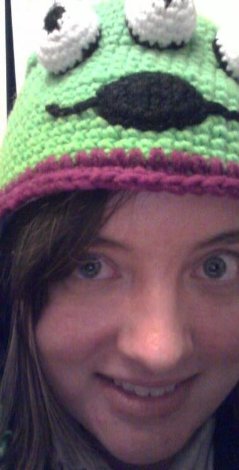 Lyn lived in Michigan, where ’s too cold too often, until very recently. Now she lives in Columbia Missouri, where it’s hot and humid pretty much all the time. She spends entirely too much time there playing video games and watching Netflix. Sometimes even with people!

She started reading when she was six years old, when she met a girl younger than her who could read the whole menu at a restaurant and she could barely spell her own name. Within a month she was reading chapter books. Four years later she started writing a horrible story about orphans. Since then, she’s devoured just about every book she’s come across and found better things to write about.

Michelle lives in New York. She is not amused by the recent moodiness of Mother Nature there. She has always loved writing and reading and started out writing poetry, of which only two were ever sent into poetry competitions. The first story she ever written will never get published, because she wrote it in grade school and is full of angst and impossible things that somehow happen in the real world and is absolutely terrible. But that didn’t stop her from trying (obviously).

She’s a gamer and loves old school horror movies. She refuses to die unless Vincent Price comes to her as her Grim Reaper. She’s also a fan of British television, because nothing causes so much feels as British television.